Faced with current circumstances, the AVIFF Cannes Art Film Festival will take place online virtually. The official selection will be announced on April 15 and links to viewing will be communicated to you during the week of May 18. The virtual screenings of the selected films will be scheduled on May 21 & 22 and the 3 AVIFF prizes will be designated on Friday May 22 at 6 p.m.
The information will be visible on the official AVIFF website and its facebook, twitter and instagram pages.
Depending on the evolution of the situation we will keep you informed.

AVIFF 2020 President of the jury: Arnaud Brument, President of the jury and Art Gallerist in Paris
He is the director of incognito artclub 24h/24 in Paris. The first contemporary art space open non-stop with a magnetic card.
He is Art appraisal certified by Conseil des Ventes Volontaires in Modern, Contemporary and specialized in Video Art.
He organized with Auctioneer Vincent Wapler, the first auction sale dedicated to video art.
He is teacher at IESA school.
Its "Aviff-Incognito" prize rewards an artist from the official AVIFF Cannes program

1st member of the jury: Margot Le Peltier, cultural event coordinator for Institut Français de Bilbao.
She has been working for the french cultural network since 2014 in Alliances Françaises and Institut Français in Chile and Spain.
She worked with various film Festivals including the International Festival of Young Directors of Granada, Mirando Nosotras and ZINEBI.

2nd member of the jury: Marc Mercier is artistic director of the "Les Instants Vidéo" festival based at the "Friche la Belle de Mai" in Marseille: www.instantsvideo.com.
The association which also co-founded video art festivals in Palestine, Morocco, Egypt, Syria ...
He is also a director and critic notably for the cinema review 24 images.

3rd member of the jury: Camilo Racana is curator. He was, with us, at the origin of AVIFF with his "carte blanche" for AVIFF at the "Marrakech film festival" in 2011 and for the first "AVIFF Cannes Art Film Festival" in 2012 in Cannes.

The festival will take place on Tuesday 19 and Friday 22 May 2020 at the auditorium of EDEN Cannes, 133 rue d'Antibes

-The program will be divided as follows:

* Tuesday 19 May from 18.00 to 23.00: opening of the AVIFF festival and WW presentation conference by its leaders
.projection of the opening film (s) in the auditorium
WW private cocktail in the EDEN bar area
* Wednesday May 20:
-14.30 to 19.30: screening of the program guest films ’from WW chosen by AVIFF
. 19.30: speeches, awards ceremony ‘AVIFF-Guest films’ Cannes 2020

* Thursday 21 and Friday 22 May from 2.30 p.m. to 6.30 p.m .:
-projects of films from the Official AVIFF program
* Friday May 22:
-19.30: evening of the 5 awards prix AVIFF Cannes Art Film Festival 2020 ’and trophies, in the presence of the winners
-20.00: AVIFF private cocktail in the EDEN bar area, closing of the festival and thanks in the presence of representatives of AVIFF and WW

The opening of the call for films for the AVIFF Cannes Art Film Festival 2020 is open first on FilmFreeway:

The call for films is open on FESTHOME:

The call for films is open on ClickForFestival:

The registration fee per film in submission is 22,50 euros (10%discount) 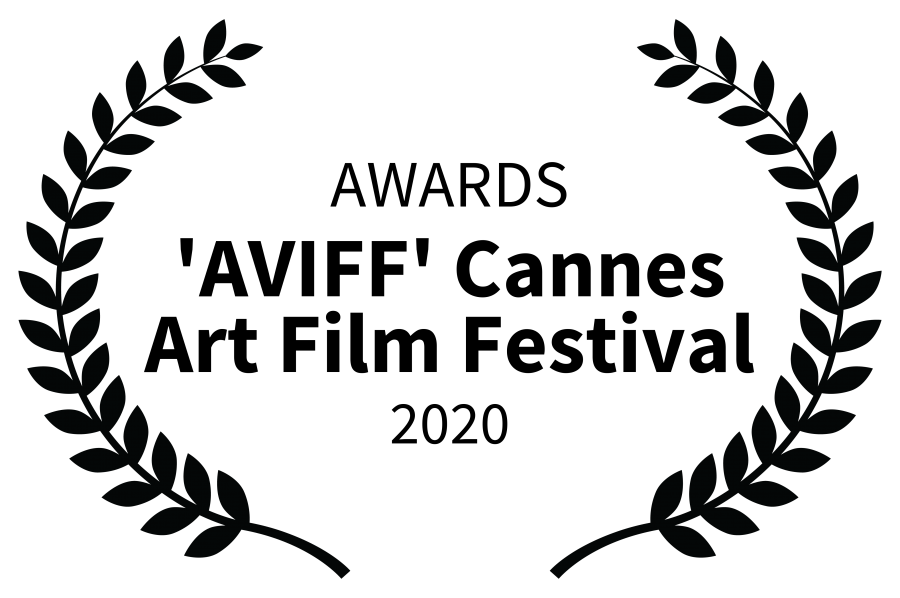 *3 non competitive 'AVIFF Awards' are given out by the president of the Jury & selection committee.

The AVIFF Selection Committee is the jury for the awards.

Each year AVIFF creates collaborations with European and international festivals. Films in official selection of the year and previous years are presented according to a selection decided in agreement with the host festival.
In particular: 'IMPAC' Festival (Pretoria South Africa), 'Bideodromo International Experimental Film Festival' (Bilbao, Spain)

In 2020 a new collaboration with Richard Martin, Canadian film director, will lead to screenings of the official AVIFF selection in Vancouver (Canada)

B&W: For each promotion of an AVIFF selection in another festival during the current year a promotional package of 150 euros will be asked to the directors whose films are included in this selection. They are of course free to refuse.
In this proposal will be detailed the place, dates and presentation of the host festival

To get your pass at the festival giving access to sessions, interventions, awards and cocktails go to: